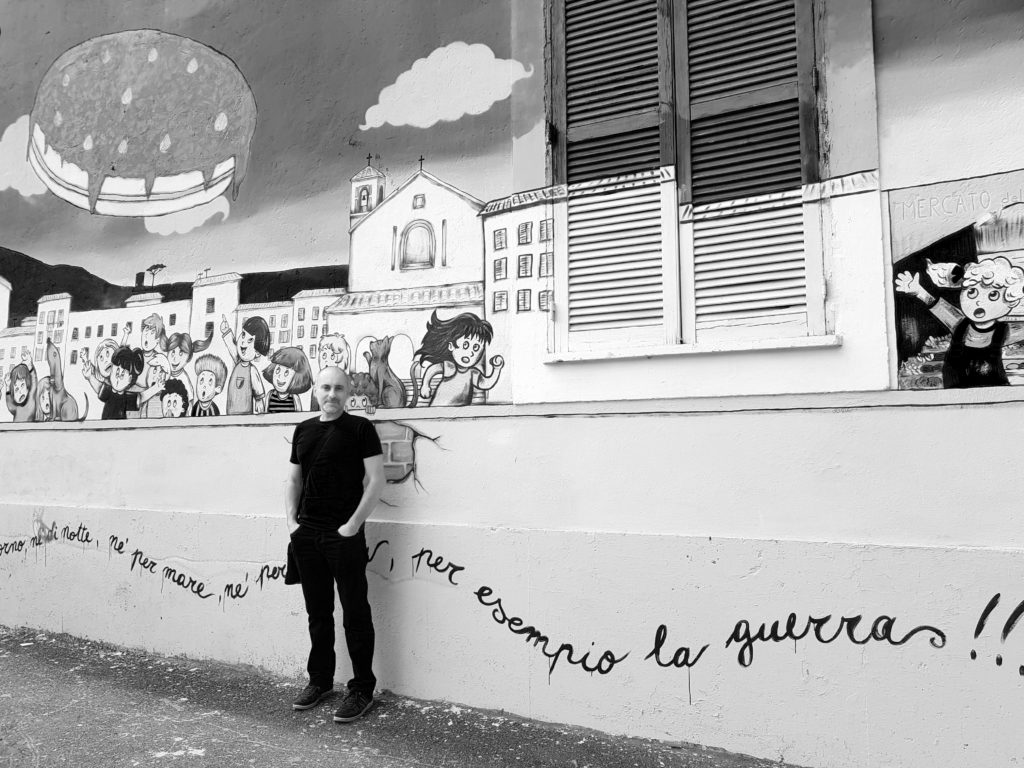 Artists will often run into difficulty when talking about their artistic development or describing their works. Personally, I find doing so has too many restrictions, in that one ends up trying to express the boundaries of something that simply doesn’t have them. I’ve always believed imagination to be the only true form of freedom and over the years – through creativity – I’ve always sought to align it with my own personal development. The expression that best describes me and my work is itself a kind of negation of being anything or anyone, a “non-artist” or, in a way, a “misplaced” one, free from the labels and conventions that often pigeon-hole art as a mere profession. My “MISPLACEDESIGN” project seeks to reflect this concept. My artistic training and output has always been influenced by the environment I’ve lived in. I grew up with Gianni Rodari’s book Torta in Cielo (“The Cake in the Sky”), in a harsh district of Rome where it is imagination that often comes to the rescue of those who live there.

In the “MISPLACEDESIGN” project I have channelled my imagination to manipulate objects and their function in order to “misplace” them, by transforming cable ties into jewels, conceptual pieces and everyday objects. These ties are normally seen as purely industrial products. Yet through the creative process they can be transformed into building blocks for the creation of artworks and, in my case, constitute a true “food” for the imagination (“cable ties in oil”). While the project retains a sort of continuity with POP and STREET art, it also tries to go further by using, in the case of the jewels, people as a direct means of popularising the art. The objects thus acquire added value and establish new, solid bonds with the people and contexts in which they’re placed.

We use cookies to make sure you can have the best experience on our site. If you continue to use this site we will assume that you are happy with it.Ok